How Hydropower is Formed

Nature’s water cycle is important to making hydropower work. The sun heats water on the Earth’s surface, causing it to evaporate. The water vapor condenses into clouds and then comes down as rain or snow. The precipitation collects and flows via rivers into the ocean, where it evaporates again and begins the cycle anew.

The amount of energy in water depends on its flow or fall. Swiftly flowing water and water that descends from a very high point (a waterfall) both have lots of energy.The mechanical energy of the flowing water turns turbines to run generators that convert energy into electricity.

How a Dam Works

Most hydropower projects use a dam and a reservoir to retain water from a river. When the dam gates are opened, water flows through a pipe called a penstock and applies pressure to turbines, making them turn. Just like in other kinds of power plants, the spinning turbines power a generator to produce electricity.

Dams produce electricity through a powerful streamflow and enough vertical distance for the water to flow between the reservoir and the river below the power plant.

Other hydropower plant projects do not require dams. Instead, the force of the river current that is diverted into canals or pipes applies pressure to the turbine blades to produce electricity. 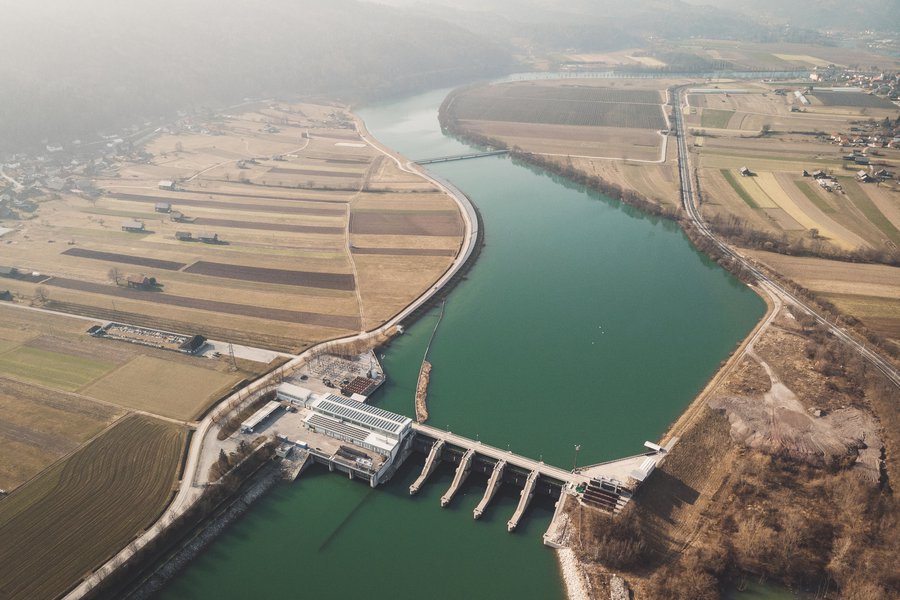 If you have ever been to the beach and taken a dip in the ocean, you know firsthand that waves can be very powerful! Scientists want to figure out a way to harness that power to produce electricity.

The EIA estimates that the wave energy off the US coasts could potentially generate 66% of the country’s electricity consumption. The coasts off New Zealand, Europe and Japan are ideal for producing wave power. The key now is to develop that potential into real results.

One way to focus wave energy is to increase waves’ power and size by directing them into a narrow channel, where they can spin turbines to create electricity. Technological advances are being made in the area of wind energy, including pumps, deep-water oscillations and more. The world’s first commercial wave farm, which opened in 2008 off the coast of Portugal, can generate enough electricity to power about 1,500 Portuguese homes.

The ocean’s tides have enormous power and are caused by the moon and sun’s gravitational pull and the rotation of the Earth. That power can be used the generate electricity. One way to use tidal power for energy is by using tidal barrages, which are dams built across inlets that use gates to control water levels and flow rates. The water flows in during high tide and fills a reservoir, and as the water flows out again, it goes through a system of turbines that turn and generate electricity.

Tidal fences can also be used for power. Fences differ from tidal barrages because they have vertical axis turbines mounted to a fence, and all the water that passes through is used to turn turbines. Tidal turbines are essentially the same as wind turbines, but because they are underwater and water is much more powerful than wind, they must be much sturdier than wind turbines.